Would you like to switch to the accessible version of this site?

Don't need the accessible version of this site?

Enter by using the form to take advantage of this exclusive offer. 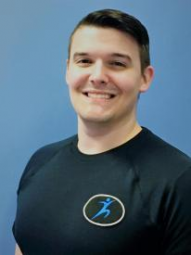 I graduated from Michigan State University with my undergrad in Biology. I furthered my education by attending Life University where I received my Chiropractic postgraduate degree in 2013.

Having played organized sports since a very young age as most kids do, I quickly proceeded to accrue the standard list of injuries including an abnormally high number of ankle sprains.  My parents had already been seeing a chiropractor for back pain and decided to see what it could do for me.  The chiropractor recognized that my being "pigeon toed," due to a hip and pelvis misalignment, was the reason why I was spraining my ankles so often.  Had I not pursued chiropractic care, the medical alternative was to wear bulky leg braces.  Thankfully, the chiropractic adjustments were able to fix the issue and over the course of treatment my ankle injuries became less and less frequent.  During this time my asthma also abated to point where it too was no longer a concern.

Once I had made it to high school sports, I started having shoulder injuries which eventually led to having two surgeries on the same shoulder over the span of about three years.  Physical therapy was supervised by regular physiotherapists after the first surgery while the second was managed by a chiropractic rehabilitation specialist.  The positive influence of chiropractic care after the second surgery made all the difference and is a big reason why I haven't had to have a third surgery.  I was so impressed with how well the chiropractic rehabilitation specialist managed my care that I decided to do my externship with him several years later.

What Can We Help You With?